We roll into Week 10 of the NFL with a rather large, purple elephant in the room.

See him? Yep. I see him, too. That purple elephant in the corner, near the old Piñatas, the one banging on the snare drum and smashing those mini symbols attached to his trunk—did he steal those from that toy monkey?

And it looks like he is attempting to do the Macarena as well. That’s…just weird. But there he is, that’s an elephant, gang. I don’t think he’s leaving, either, so let’s just spitball this symbolical beast and then press on to more of the unknown.

I understand that some of you—not all—will look at this week’s Piñata the same way you might view a chance to win a Dodge Neon before your trip up a windy road. Please know, I truly respect and understand that. To say there are more important matters than sports is to say you think it’s better to skydive when the parachute works.

However, I’m a firm believer there isn’t anything that can eradicate the need for athletics—on all levels—the wonderful moments of sports,  and, more so, the power of a good laugh—a small chuckle, something that propels a snort in the crowded coffee shop, which only highlights your personal moment of free giggling, by the way.

This prescription of laughter mixed with nationally televised child’s games should not be misconstrued as an asshole’s manifesto, mind you; I’m not selling a massive flux of amnesia through comedy, nor that this ramble is affirmation for the pros or the cons to whatever political beliefs you carry up in the cranial cavern.

This is a blog…that sometimes takes proverbial swings at a paper-mache donkey in the name of football. And that’s it.

I’m Rick, and I approve this message.

It’s Week 10—during an NFL season I am now calling, The Year of the Seesaw. What do we know? Absolutely. Nothing. But that’s the fun of this unknown—the beauty of sports!— and why the swinging should never stop.

I keep waiting for Frank Langella to show up, smirk, and tell this franchise he has hired Kevin Costner to handle the woes and everyday stuff…

…and then he opens his trench coat and goes bare-ass, head-first into Lake Erie.

If Nancy Travis shows up and starts singing ‘Only You’ in French, well, don’t say I didn’t warn you.

These Yaguars are giving their coach a permanent case of the What the Hell Did You Guys Just Do? face.

This…this will certainly fuck up the Christmas card.

Not since Leo DiCaprio’s ass and forehead will man feel the wrath of a Bear like the Buccaneers will this Sunday.

Quite simply, if you are thirsty and want a glass of water…don’t let Ryan Fitzpatrick get it for you. That glass will end up anywhere but in your hands.

If you want water, have Woody Harrelson get it.

I think Julia Roberts said it best about these Rams while starring in the 1999 think-piece, Notting Hill:

Not since Leo DiCaprio’s ass and forehead will a Bear wished it had chewed on something else, hey Buccaneers!?!

But a win against the Rams last week convinces me that they loooooove Velveeta.

Look, we all love the Titans’ pants. No doubt.

The @Titans' Taylor Lewan comforted a young crying fan after a tough loss.

This is why we love sports. (via FB/ Rigo Guzman) pic.twitter.com/vaoqbBu5Ra

Someone tell Wayne Newton that I have found it—and good luck getting it back.

Not only do I think Andrew Luck would make an interesting rendition to Michael Keaton’s Beetlejuice character, but I also believe this current Colts team reads like stereo instructions.

That’s a lot of Beetlejuice for one NFL team, gang.

If this were baseball, 3-4-1 would mean that the pitcher properly covered first base during a double play.

Nice win last week for the Chargers. Unfortunately the city didn’t approve the $900 billion stadium tax…thing, so now the team must move to the Ozarks, while the bulk of the Whale’s Vagina is unjustly made to feel shame.

If you told me I needed to cast a current NFL head coach as a grown-up version of a kid from Stranger Things, I would look no further than this treasure right here:

And before gettin’ all nebby, callin’ me a maniac, remember this:

I’m just a steel town girl on a Saturday night, looking for the fight of her life.

Yes, yes, there was a goddamn varmint running amuck on the hollowed grounds of Lambeau Field last week.

Yes, yes, it immediately made me think of this:

Sometimes, it’s the unsung heroes of the game, the men and women behind the scenes.

What I’m saying is…I have no idea how in the hell the field crew manages to squeeze “B-a-l-t-i-m-o-r-e” into the end zone with such precision. They truly must be masters of their craft—and Scrabble, for that mater.

If it were me doing the painting, the “E” would be super tiny, and haphazardly written in lowercase…

Sure, you’d expect the Bills to get screwed when they go on the road—that’s just #BillsMafia, baby!

By the referees, though?

The unusual thing, here, is that eagles don’t have knees. So, that tingly sensation must be somewhat of an odd feeling.

Following another win, this Saints team has a lot of doubters—including me—holding their tongue.

And, do you know what happens when you hold your tongue and try to say, “gumball?”

Coincidence? I’m not sure.

I feel connected to this team because I eat a lot of Papa John’s pizza and have zero issue going ass-less chaps to prove a point. But the Texans at 5-3 still feels like something really great…that happens to be in SkyMall.

Remember when the larger kid would want to get on the seesaw with you—and you knew it wasn’t a great idea but did it anyway? Before you could say Fruit Roll-Up, you were catapulted in an upward rush, coming to an apex with space between your Bugle Boy jeans and the wooden plank beneath you.

In NFL terms: That large kid is the Detroit Lions.

They will let you feel like you’re at the top of the world, but that’s only because they are controlling the outcome. As soon as they decide to make a move, the lighter, less dynamic person (or team) is screwed.

Never has a coach’s hair been so right, with a name so fitting, Zeus himself would have simply bowed and said, “Give me that…

…give me the Ben McAdoo.”

Kudos to the Vikings for channeling their inner-Ricky Bobby last week, deciding to implode during the remaining seconds of overtime against the Lions, thus avoiding another fucking tie in the NFL.

John Denver never really sang about going to New Orleans and flashing tits, so this trip for the Broncos is new territory—and one that’s difficult to predict.

Call back next week, though. (Perhaps my senses will be built up…again.)

To name a few…

That’s too much squad, yo’.

Even Tippi Hedren wouldn’t argue against the bird-o-rama this week, when the Falcons and Eagles battle it out in a must-win game (for both teams).

Don’t mess with her weave, though.

Not since Roy Sheider’s character in Jaws has there been more people interested and intrigued in what these Chiefs will do next. 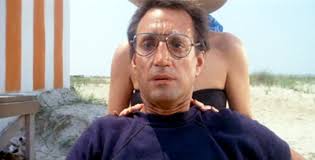 The Raiders are still in a conversation normally reserved for bored dads and insurance salesman from the Midwest:

In honor of the game, here’s Diana Ross’s 1996 Halftime performance:

Sticking with the Super Bowl theme, the Patriots will welcome the Seahawks on Sunday night in a battle between two quarterbacks who made the decision to be in the Entourage movie.

In honor of that, here’s Diana Ross looking confused:

Until next week, enjoy the games