Welcome to football in November, gang!

For you Chicago Cubs fans out there, I extend a congratulations to you, your family, and the incredible 2016 Cubs team—from the top, down to the last reliever, to the guy who is probably just going to bed, er, sleeping on the lobby couch in Cleveland…now.  What a sport. It’s moments like Game 7 that make me believe America’s pastime is right where it should be.

But more on that another time, another fiesta with a different piñata. Right now, it’s Week 9 in the NFL!

That we’ve made it this far into the grueling season of Nervous Sundays, Confusing Thursdays and Well, There is Football on Monday Night Mondays is an admirable feat that surely overshadows the fact that, by month’s end, some (all) of us will have to unbutton our favorite jeans while sitting down on the couch.

No judging here, though. No way!  The NFL season is a marathon, not a sprint—and you are probably not in the mood to do either, so whatever, Jenny Craig. There are more pressing matters ers beyond what our asses will look like at the beach eight months from now.

The team—yes, that team— needs you! Your spirit, your evil genius that resides in the clothing options you choose to rock before game time. That sweater = a win. That hat, with the beads on it = sweet success. Oh, my socks? Yes, yes, we are undefeated with these team-themed anklets.

You are a well-oiled, cheering-machine that runs on high test, dammit. And by oiled, I mean beer and cheese, and salsa and chips. And by high test, I mean a quiz in Denver. And, for your courage and tenacity, this chutzpah and unmatched fan-demonium, I think an acknowledgement is due.

And what better way to help out a football fan than by giving them more hours to sleep?

(Symbols, and cue the house band. Release the confetti.)

That’s right, this Sunday—this one coming up—you go ahead, at 2:00 am, and turn that clock that looks like a football with your team’s logo on it back an hour. Go ahead, do it. Turn it, dial it, smash it on the ground and replace it with the older version that’s been sitting in the back of the sock drawer since ’87.  Whatever! The annual Daylight Savings Time Burp Fest is upon us all—sans Arizona and Hawaii, the Guilty Remnant of this community exercise—giving an extra hour to the football universe.

It’s time that can be used for recovery, meditation in the form of beer-induced staring, perhaps another round and some more guacamole…and yes, this gives you an extra hour to read—and re-read—the Pigskin Piñata.

Um…be careful when eating the pistachios that come in the red shell?

Well, if it isn’t Lone Starr, and his sidekick, the Yaguars.

The Bears pulled off maybe the greatest Halloween prank of all time on Monday night, dressing up as a real football team and proverbially toilet-papering the already shaky Vikings’ tree.

This team could be great…if a scheduling error allowed them to only play the Browns—or perhaps Rutgers —the rest of the season. Unfortunately, these NFL secretaries are rock solid.

The Colts fan base is probably waiting on a success package that will never arrive. Not in 2016, anyway. Perhaps it will be one of those feel-good mysteries, where UPS delivers it nine years from now…citing that the box was actually in between the console and the driver’s seat, constantly circling AFC South areas without notice.

And maybe that’s because Indianapolis isn’t in the south, for chrissakes.

That dynamic flash of black and blue last Sunday? Yeah, that was Cam Newton’s hat.

A bye week later and the Rams continue to drop in the Los Angeles conversation, trailing slightly behind road closures for the Hollywood Christmas Parade and Tom Green.

The Ravens are basically home all month, which is perfect for getting the holiday shopping completed in a timely fashion. That’s the good news.

The bad: If they continue the current on-field display…

The Buccaneers had a chance to give the Raiders one of their biggest losses since Harrison Ford and the Ark, but the kicker was bloated from drinking too many shots with Karen Allen and he pissed it away. Such is life…

Some people who pay their rent by doing this ranking…stuff, actually have the Chargers in the top 15, even though the team is 3-5 and constantly loses like a goddamn anti-champion.

This little kid as Ace Ventura—with the hair, the outfit AND(!!!) the walk—is why I’m finally caving in and allowing the worn-out reference to coincide with the Dolphins.

It was only eight years ago that the Lions finished 0-16, so let’s not go crying over used car parts here. Yes, they lost to the Texans. Yes, Calvin Johnson is dancing around on ABC while the fan base suffers for a star player. Yes, this is…this is…this is…

Coming off a pretty, pretty, pretty damn good week, the Saints are back in the top 20 and have jumped ahead of Val Kilmer on my Favorite Saints List—and are very close to overtaking the boys from Boondock.

The Knee Tingles can be misdiagnosed when your team does as much dancing as the Giants, however…

I mean, you tell me.

So, the Panthers went and ate your team’s Johnson, holding the back to only 24 yards rushing. That’s bad—and yes, you also have a tie, which blows.

Luckily, the team has a week off to unwind and shoot waterbed commercials on the backs of camels.

Beating Jacksonville doesn’t normally warrant a nine-spot rise in the rankings, but whatever.

Let’s just get down to brass tacks: who wore it better? 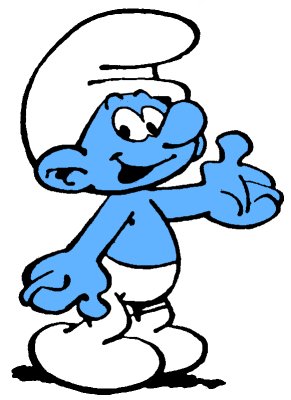 This is the most Bills thing ever.

Even the actual Redskins tie is shit.

via (where else?) amazon.com

Let this sentence stand as your friendly reminder that the Super Bowl will be played on your team’s field.

Let this sentence stand as your friendly reminder that your team probably won’t be on the field that night.

A Piñata reader had a question that was geared toward the Packers this week, and because Google is one tab over, I thought this would be an opportune time to answer it.

It’s kind of like a random twist on outfield walls in baseball.

Like men over the age of 35—not named Ken Griffey Jr.—who wear hats, it’s difficult to win when you go backwards. Such is life… 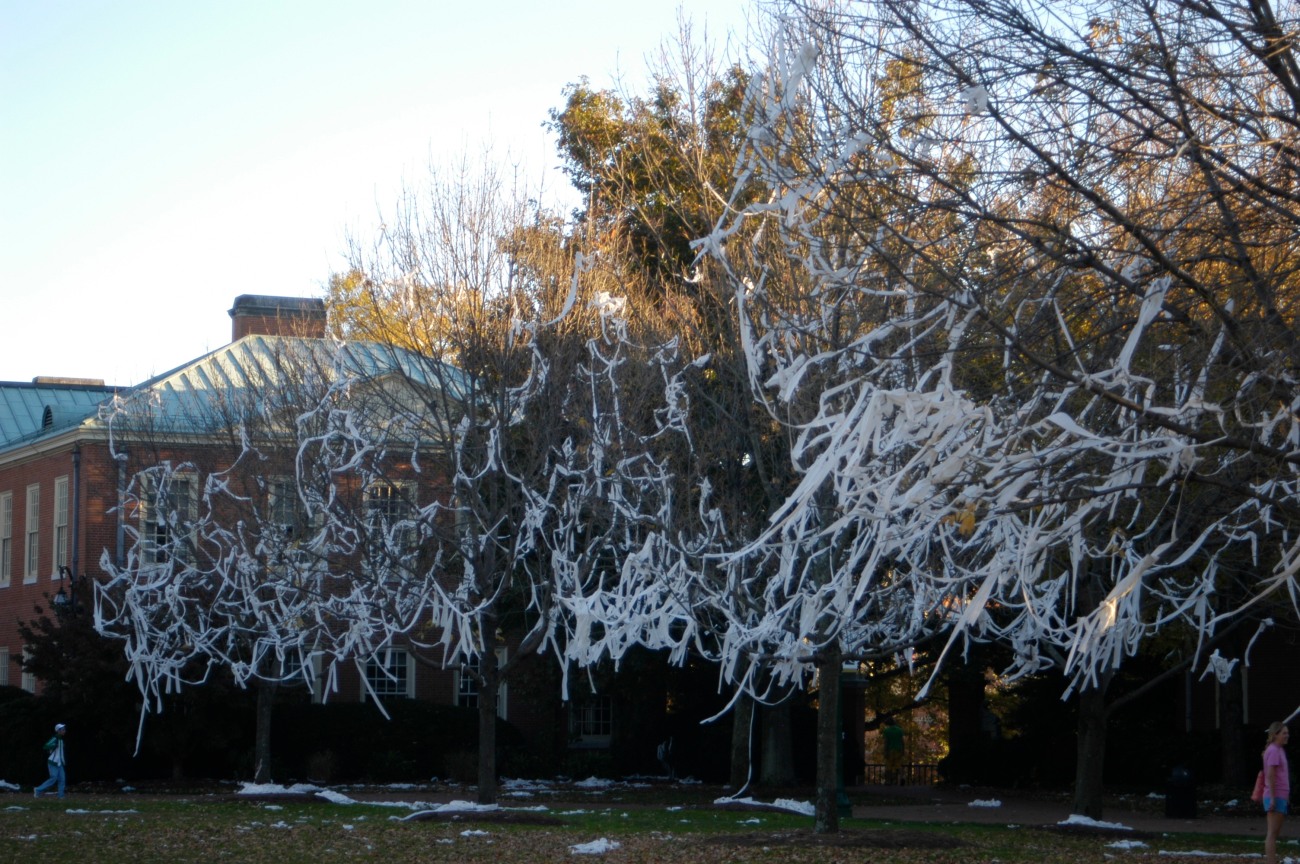 Thanks a lot, Chicago.

The reality, here, is that I could totally see a falcon swooping down and taking a shit right on top of one of those cheeseheads.

I wanted to call the Chiefs the “Oxymorons of the Top 5,” but I couldn’t find the quintessential connection between them and a dormouse with its mouth duct taped.

Anyhow, this team has quietly exploded onto the scene…

This team traveled to Florida—on consecutive weeks, mind you—and still have all their luggage, cellphones, and sanity. If the top 3 weren’t so damn good, this team would be No. 1, forever.

Jumping on this team’s bandwagon could, theoretically, be referred to as “joining the mile-high club.”

That would be a really interesting marketing disaster.

I’ve been receiving a heavy dosage of sassy from this team’s fan base: Why are we not number one, sir?!?

Well, I guess I’m not yet ready to be in the Dallas Buyer’s Club.

What say you, Matthew McConaughey?

I’m honestly scared to see what happens when Bill Belichick gets the extra hour of sleep.