You haven’t lived until you’ve learned how to make a cocktail, gang. It’s that simple.

Gone are the days of offering iced tea, beer, champagne—that (ugh!) isn’t really fucking champagne—white wine, Mellow Yellow, spritzer or maybe a Jack n’ Coke (eye roll) to your friends, hook-ups, Uber Driver, etc. when they come over your pad to watch Gilligan (or some iteration of the sailing drama).

No, no, you must UP your game in today’s libation world—especially NOW-now, the days when you’re not only competing with people who have no problem wearing suspenders and mustache wax every day, but also with Gwyneth Paltrow.

That’s right: It’s you vs. Gwyneth.

And while you probably never thought that day would come, I’m here to tell you that it has—and it’s staring at you in a thirsty gaze, wondering what shitty beverage you are going to yank out of that old-ass Kenmore.

Of course, the pressure of indecision and worry builds inside of you like Mentos in a Coke bottle…

Lucky for you, however, I am an expert, albeit retired, in crafting drinks—I have worked in the industry and lived to tell the tale. I have seen people ask for the purple, the blue, something sweet and something chilled. I know your Mudslide and I’ll raise you the I’ll-have-a-Stella-er-no-don’t-have-it-well-give-me-a-vodka-tonic thing.

So…fuck you, normalcy. That’s not how we roll and you know it! There’s more to the drink game than the status quo. It’s a personal reflection of prowess and sexual aura. It’s the Ying to the Yang…the dang, that tastes real exquisite, Emeril!

Quite simply, you must know how to knock  the socks off of your guest. And the quickest way to accomplish that is to craft alcohol in some form of layering and shaking, stirring and/or blending. Yes, sometimes it makes sense to ignite the drink (more on this later). Sometimes you must garnish it with blue—nothing specific, mind you, just fucking blue.

People ask for this in their drink.

AND THERE’S SO MUCH MORE TO IT THAN YOU HAVE NO IDEA!

Now, the fine scientists/journalists at Men’s Health recently released a think piece—sort of a survival guide for the common dickhead—titled: 10 Cocktails Every Man Should Know How to Make. It was a genuine tale, rich with pleasurable ingredients and, of course, loaded with advertising whispers in the name of hey “Put our fucking product in there and make it a goddamn etched-in-stone must-have!!!!”

As you could imagine the lobbying that takes place, even before an article like the aforementioned was discussed at Monday’s meeting, leaves a stench of bias, and reason to believe these Gremlin scribes broke the clock and SWORE it was not after midnight.

Well, you’re not fooling us, Men’s Health! WE. ARE. WOKE.

No food for you, buddy!

And besides, take away all of that one-sided marketing chicanery and the real kick to the skinny pants is that most of the drinks listed in the article take an average of 27 minutes to make. Now, I’m not the offspring of Dr. Ruth or whatever, but that just seems like a lot of time elapsed with nothing to show for it…other than a few yawns and most likely a sleeping guest who is bored out of their goddamn mind!

I mean, you would have been better off just reading the article as a bedtime story, right? 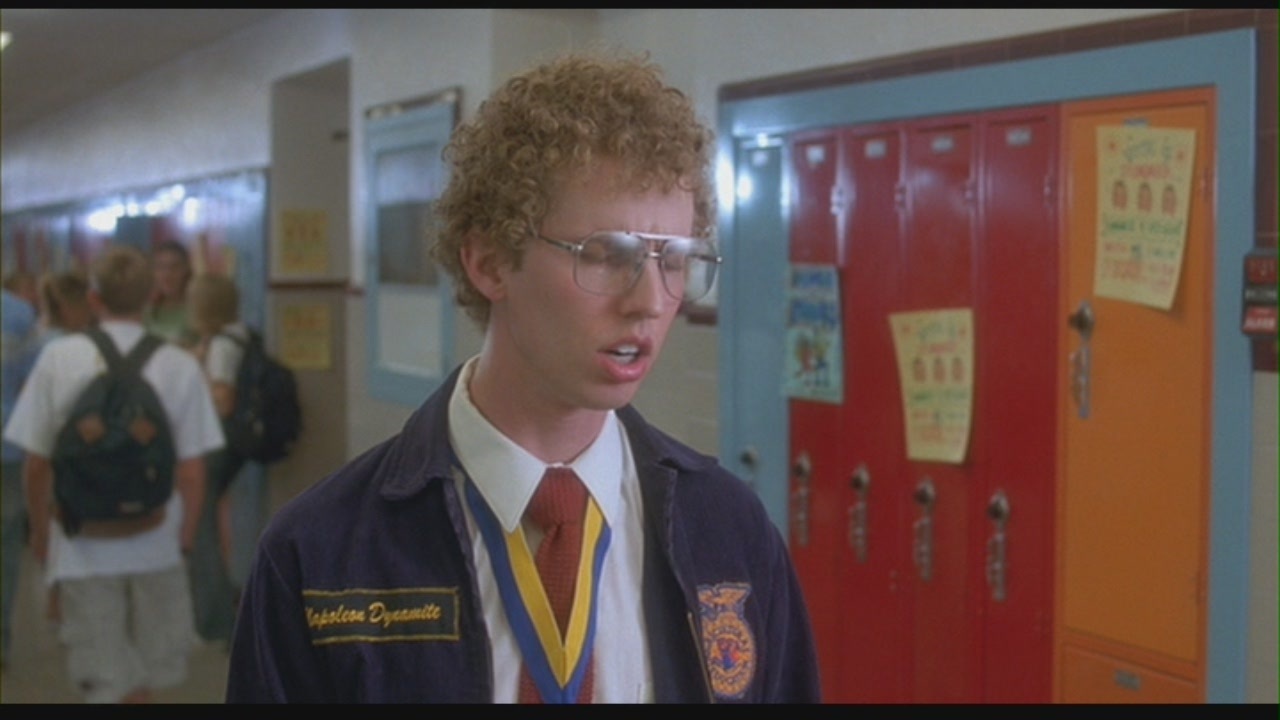 To put it plainly, let’s consider the words of Eddie from Who Framed Roger Rabbit:

Thanks, Eddie. As I always say: When in doubt, look to Roger Rabbit…

With that in mind, let’s take a gander at a more plausible must-know drink guide. One with choice selections that the world really needs—that Men’s Health might’ve missed. Ones that you will certainly crave the next time it’s the RIGHT time for cocktail time.

It doesn’t matter what you use, either, just know that the higher the proof, the more likely you are to cough all over your guest post drink.

Favorite recipe: Whisky (or Whiskey or Woozkee or the brown stuff).

How to: Pour it in a shot glass or, if you really want to be different, in a common water glass. The latter will make your guest think you are the type of wild-and-crazy person who just doesn’t give a fuck about how you get that sweet nectar into your gullet.

Pro tip: Fuck the post-shot lemon: Before toasting and downing your shot of choice, put on some Nickelback and ready some pickle juice. Noting says “Pro Drinker” like listening to Nickelback while downing a pickle back.

Say that, and watch the clothes come off!

Don’t: Tell your guest to breath through their nose after the shot. You’re better off telling them you think “glory holes” are neat.

OK, ready to go the next level?

Adding smoke—or mist or fog or whatever—to a drink is a sure way to liven up the party, and it’s really simple too.

How to: Just make smoke—from a piece of paper you ignited, or from your fog machine, or from an actual can of smoke—and add it to the drink right before service. The good thing here, like a shot, is that the type of booze doesn’t matter. It’s really all about the fact that the drink is fucking smoking.

Pro tip: Set the mood early and benefit from the planning later. Store a few blocks of dry ice in your refrigerator before you go out, so when you get back to your place and open it, the scene looks like something out of a Tim Burton film. At this point you can serve your guest water with a bit of warm vodka in it and they won’t care…they will simply be so mesmerized that your apartment’s refrigerator has smoke billowing out of it that zero fucks will be given to any shortcomings here and henceforth.

Don’t: Use your Vape Pipe to add the smoke. Besides the fact you look like a dumbass sucking on a mechanical pencil, the oils might mix with the booze and compromise the flavors.

Don’t own Mason jars? Well, fucking get some. 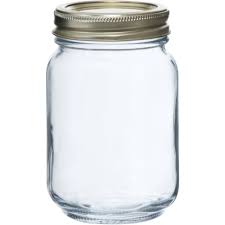 These relics, originally meant for storing screws and jellies, are now the best way to serve otherwise normal shit and MAKE IT seem like it’s the most unique beverage on earth.

How to: Don’t waste too much time trying to find these at a local hardware store or grocery store. Instead, go on Amazon.com and let them do all of the work. Then, just sit back and just wait till later when your guest is flabbergasted by how delicious the Sprite and Tequila tastes whilst sipping it from your classy Mason jar.

Pro tip: After you pour the drink in the Mason jar, put the lid back on…it’s sort of a twist on the age-old adage that food tastes best after you’ve worked for it.

Don’t: Screw the lid on so damn tight that neither of you can get it off—the failure will only add to the pun later.

This takes chutzpah, but if you can pull it off, the infamy is worth the work.

One year, I took nothing more than fresh berries and vodka and put it over some ice in a rocks glass. I named the drink after my roommate and the rest was history: People were asking for that cocktail by name, seemingly every week, and eventually we ran out of berries.

You can achieve similar results, too.

How to: Confidence is key. You can mix milk with ketchup IF you make it seem like that is what you are supposed to do. Remember Chevy Chase in Caddyshack? He took several bottles of opened Perrier and dumped them into one bottle, thus making a full beverage for his guest:

Normally, a sane person would think you are just a crazy asshole in this situation, but ol’ Chevy made it seem like that was simply the freshest damn bottle of sparkling water in town.

Pro tip: Think like a magician. If your guest’s eyes are watching one hand, they might not be paying attention to the other. That’s to say, using things like shaking, stirring for six minutes, or blending, will hide the fact you just combined red wine, orange juice and the Lime Mad Dog 20/20 with a Zima topper.

It’s misdirection at its finest, folks…

Don’t: Explain what is in the drink by naming ingredients. Name the fucking thing. Something cool. Tell them it’s what the alcoholics drank only hours before the prohibition was lifted. Tell them Gwyneth drinks it. Hell, name it The Gwyneth Paltrow.

Yep, saving the best for last.

Although I’m not 100 percent certain what’s in it, this cinematic cocktail is ALWAYS left off the list. Why? I do not know…and it’s really a damn shame.

How to: In sort of a grand finale/full circle, take any of the choices listed above and serve it in a coconut shell. AND Voila! Liquid sex.

Pro tip: In order to seal the deal with this baby, make sure to play this scene from Back to the Beach:

Don’t: Mix up your Annette Funicello film references and tell your guest that “Nobody’s tits are bigger than Annette’s.” That’s from Grease, gang, and it’s the type of mistake that’s a dead giveaway YOU don’t know entertaining and craft cocktail-making from a Petting Zoo.

Ignoring the above ramble is acceptable, too.

Got beer? Well, give them a beer.

The point here is that making a cocktail, or serving whatever the hell you want to drink, should come from within you, with your unique touch. That’s what ultimately makes the served beverage…special.

Here is Tracey Ullman, singing the gist of what I’m trying to say:

Know this, though: regardless of what you learn to make, just learn to master it and hurry the fuck up, because you don’t want to miss Gilligan!