According to the mythical faction in charge of such matters, Week 10 in the NFL was the greatest week for football-related excitement since the S.I. Shoe Phone, the introduction of NFL Red Zone—for the A.D.D. impatience in all of us—and yes, since beer was placed in a helmet with two straws. (Genius certainly does come at odd times—and it’s always great when there is a hardhat, with holsters involved, somewhere in the early blueprints.)

It was that good. Week 10 was stuff of legend, gang. Mind you, not Legend-legend. There was no Tom Hardy starring in this magnificence—or his bat-shit crazy twin. There were zero  life lessons that left us thankful we were not English lads back in the 1960s who liked to dabble in all-things criminal. Nope. This legend saw no twinning, no tomfoolery or things involving switchblades and undecipherable dialogue.

Instead, it was an all-out smorgasbord of dramatic consumption, garnished with headaches, sprinkled with 4 million lead changes. And it was quite tasty.

The extreme amount of two-point conversions, alone, was enough to squash any argument that the NFL is dying a slow death and will soon be sleeping with Sunday morning bowling tournaments. (Yikes!)

By Sunday night, NFL teams had combined for what seemed to be—based on my beer-infused, scientific calculations—at least 786 two-point conversions. It was incredible. The dramatics, the second-guessing—by the fans and the coaches—was the perfect remedy to an otherwise snooze-fest of a season. It made me feel like I was watching two college guys (or gals) play Madden back in the day. I mean, what the hell is an extra point anyway?

And, holy shit, by Monday morning we had this beautiful horse of a GIF, galloping through the internet with such elegance and sheen…it just, well, look at it, man!

Um, you go for two there, Bill, because that’s how you win the contest—the contest of life, of viewership, of ratings…of stuff we can watch that makes us eat more chips, drink more beer, make…more mimosas (it’s a west coast thing for the 10:00 am game; don’t ask).

Going for two is the American thing to do—maybe even the universal ideal.

It gives us reason not to fall asleep by halftime, or, dare I say, try to find the aforementioned bowling tournament…

And, at the end of it all, it’s really about setting up Week 11!

What do we know? Well, nothing really. Hopefully it will be a nice follow-up to Week 10, and not some sequel that flops because Samuel L. Jackson was busy, so you went with Tobey Maguire instead. Hell no, Hollywood! Onward and upward!

At the very least, Week 11 is an acceptable benchmark in the season when broken fan bases can start reading and researching this year’s NFL draft prospects!

Remember, though, don’t always believe what you read or hear, or watch.

At 0-10 this team can’t rely on anything other than creative gimmicks. Something that shouts, “Hey, we are, er, could be champions! But not right now, so…”

And that’s when you hit the fan base with a Cleveland Cavaliers Night. To sweeten the deal, the team will wear actual Cavaliers uniforms over their pads.

I mean, the helmet already kinda sorta looks like a basketball…

In what world is there a Wack-A-Mole game big enough to necessitate such a club, Chip?

And why are you making the “Yep, just farted in an open space” face?

I actually watched the entire Bears-Buccaneers game last Sunday…and this was the result of my actions:

Kind of in the same shit storm as the Browns (yes, I know), the Yaguars have but only one option left. Play this commercial before running onto the field:

How bad are the Jets? Well, the NFL decided to move them out of Primetime—against the Patriots— on the 27th, fearing that the matchup won’t be able to compete with opening night of the Yule Log channel.

Normally, cats choke on hairballs, and, sometimes, the fact they don’t chew their food—this, too, was the case for the Panthers. They proverbially swallowed the Chiefs for the better part of the game last week, but forgot to chew.

(Heave) (Heave) (Weird convulsion) (Another one)

Close game against the Giants on Monday night—it could have gone either way—but the Bengals came out on the tray-less end of the salad bar. It was manic. It was a Monday.

You know the rest:

The sun sets in the  East…if you’re Jared Goff, the Rams’ rookie who probably was fed that line by some random Hard Knocks producer, and now regrets it. Welcome to reality(?) television, pimp.

The good news: After being named the starting quarterback this week, his delve into Ebby Calvin LaLoosh-type sayings can only go deeper.

The rose goes in the front, big guy.

So yeah, a Buccaneers-Chiefs game sounds like a bad idea at Euro Disney, I get it, but in football terms, this matchup could be an interesting test for the swash-buckling fan base to see…well, if their knees buckle (and/0r swash?).

Guy (off camera): Where do you wish they were?

Andrew: You know, so I don’t have to turn my head when I go through the drive-thru. (Scratches his neck beard, and then runs off.)

So, I’ve watched this for an hour now—give or take a minute—and I’m almost certain that Phillip Rivers celebrates the positive things in life by eating pepperoni rolls…

Except he calls them a “Peppy Roll!”

The thesis statement for how crazy this NFL has been so far: Yinz are all-dah way dahn-air at 21. 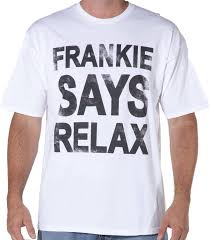 “I’m not sure my song was meant to be portrayed like this.” – Katy Perry

Scared to think what the #BillsMafia can do with seven layers of Cincinnati’s famous Skyline Chili—I mean, have you seen what they prefer to drink booze out of? Here.)

However, the game this week against the Bengals could produce a solid Velveeta Win for the up-and-down Bills.

And now I’m thinking what they would do with a trough of cheese.

Don’t let temperatures in the mid-30s this Sunday fool you: that tingly feeling in the knee area is, in fact, a scientific phenomena coined by the Piñata called, the Knee Tingles. And it’s spreading across the Land of 1000 lakes—and The Mall of America—like poison ivy on a pack of nervous children.

A win against the Cardinals, though, could alleviate the issue…at least for this week.

I’ve been trying to convince myself of this team’s possible greatness, but it makes me feel like I’m digging for the meaning of honesty by researching the words of Abraham Lincoln versus Sir Mix-A-Lot.

And, while there is an argument that admitting to chopping down trees or letting the world know you like big asses are both, in fact, eloquent levels of honesty, it still doesn’t help me understand the Cardinals imprint on 2016. 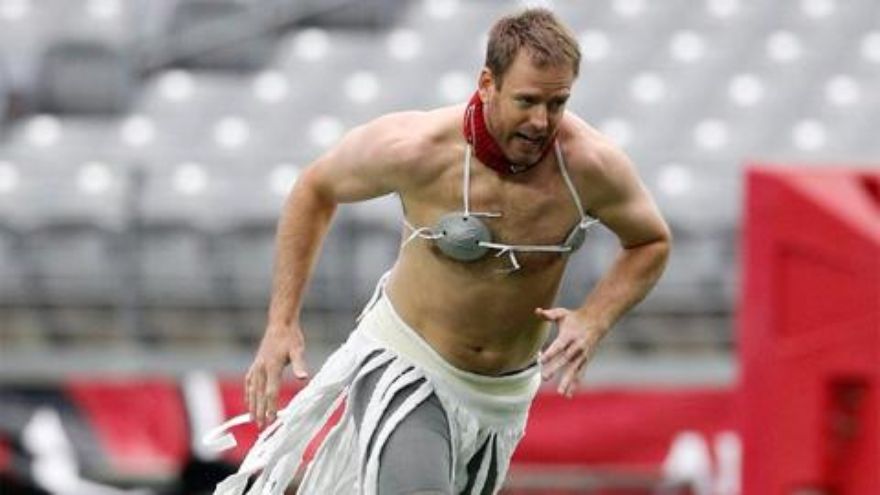 That this team is now winning actual football games on the reg’ should not lessen the fact that they’re also winning the goddamn internet, too.

The @Titans helped a military mom surprise her young son and it was awesome. pic.twitter.com/LsXjCiyUhn

I’m not sure…but this might be the fist J.K. Rowling reference to ever make it into a  football rankings thing.

The Dolphins, currently, are fantastic beasts, and you can find them—this week—in Los Angeles. 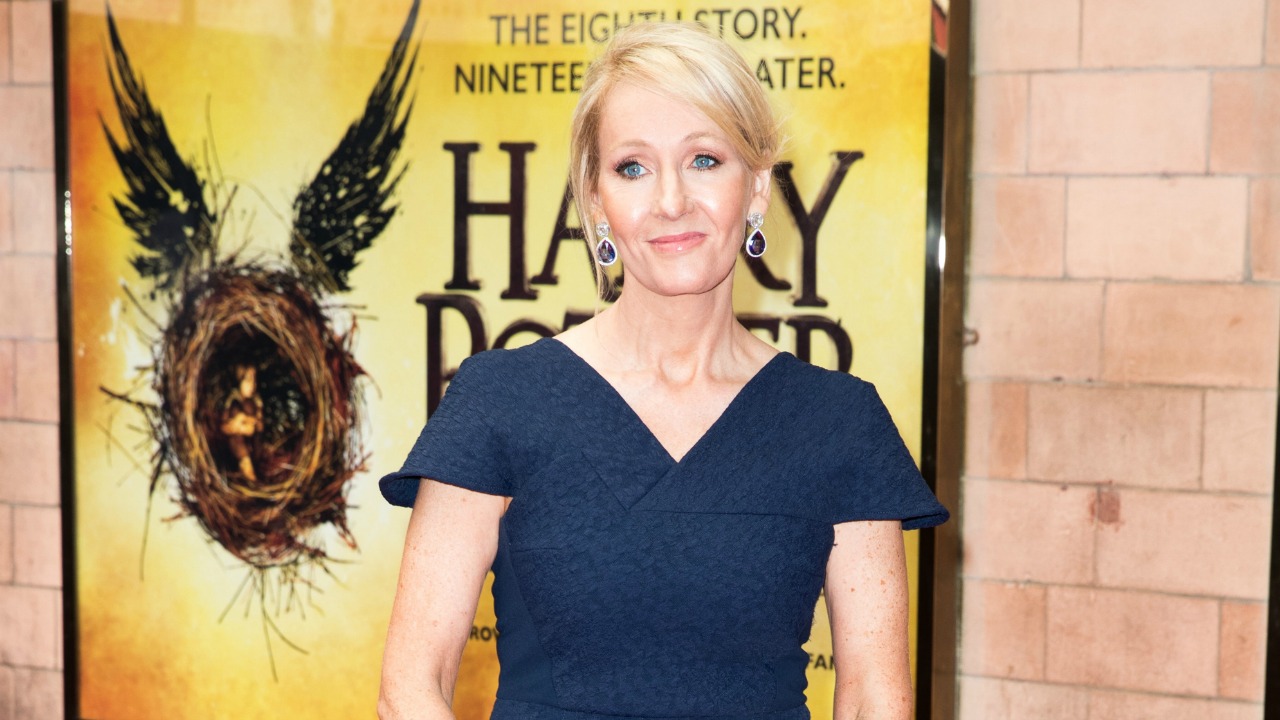 There you go: History.

Let’s give credit where credit is due: As far as the NFL HOLY MOLY CHRIST ON A CUBIC ZIRCONIA BIG COLOR THERE BIG COLOR EVERYWHERE SO DAMN RUSHED uniforms go, the Ravens’ get-ups were probably in the top 5. 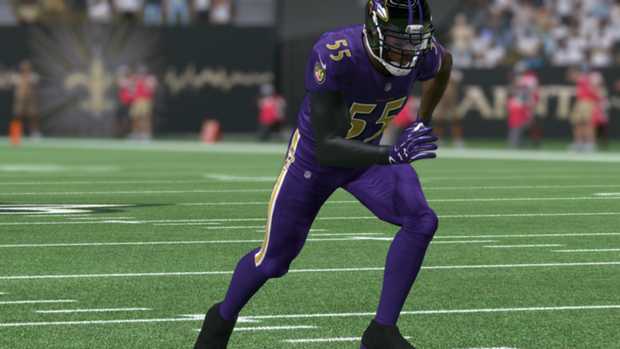 However, it would’ve been cooler if this was the helmet:

Seven of the top 12 teams are from either the AFC West or the NFC East. At this particular statistic’s rear, is the Eagles.

*In no way does this mean the Eagles or the fan base stand as some proverbial bunch of asses or assholes, nor does it mean a degree in either Caboose Operation or Tug-Boating is the only way to go when you grow up in Philly.

This Houston team is 3-0 in the AFC South—a terrible division, but still—and 6-3 overall. Their QB has the right kind of hair for impromptu photo shoots or anything that involves styling mousse…yet, the Texans are still labeled as the “Black Socks Fashioned to Look Like a Bicycle, Then Wrapped to Fool You, Only Letting you Down, Immensely, on Christmas Day” team of the NFL.

I’m not one to leak practice footage before any NFL game, simply out of, well, I don’t know if I have any…

But, really, what more do you need to get ready for the Yaguars?

This is probably commonplace.

As this team begins to slowly deteriorate to a featherless abnormality of the avian family, just remember that beer will—allegedly—be $5 next year at the new stadium. And that falconry is always more interesting when soused.

The game against the Packers this Sunday will be the last home game for the Redskins for basically one month. That’s a long time not to be in Washington.

Who do they think they are, Congress?

I didn’t think much of Odell Beckham Jr.’s Thriller take until the NFL went nutty with the clip art on their twitter page.

Without the context… that could be any number of dances, or simply a random homage to something he saw Jennifer Garner do in 13 Going on 30.

Thanks for the clarification, NFL.

In the same vein as a dog owner with brown rugs and a nervous Chihuahua that eats only canned beans, I see nothing wrong with the “White shoes, White Sideline” slogan that will forever be associated with the 2016 Broncos.

I mean, sometimes it’s about covering shit up…

If you’re following along, here—give yourself a pat on the ass, by the way—then you’ll know the Chiefs are a symbolical pile of cat vomit…that miraculously missed sticking to your foot as you went to get something out of the fridge in the middle of the night…which then morphed into something new, something unforeseen…and it gave the Panthers a nice re-taste of their own medicine.

Big Monday night game down in Mexico this week—no, really—and it could be just the kind of thing ESPN needs to spice up their broadcast.

Here are few items for your bingo card:

The super-duper moon must have felt like the universe’s brake lights to the Patriots fans out there, as fate went in reverse without looking at who or what was behind them.

Normally, you don’t do that to Tom or Bill, but hey—it was a fun game and definitely a reason why the NFL is not knitting on the porch with your book club.

Good road win for the Cowboys last week against a tough (?) Steelers team. If they put together a few more solid victories…then I can totally see this team taking the top spot.

The problem is, I’m fucking with you guys!!!

Remember? I said you can’t always believe everything you read, and so on.

Sure, the ‘Hawks had an impressive victory, but not five spots’ worth…you crazy?!?

You’re here. All of you.

(Start the barrage of GIFs)

Celebrate it, feel it in the hips.

Drink that sweet nectar of victorious achievement. Do it! Do it now!

And yes, here’s looking at you, cowgirls. Kick it—kick it like Dan Bailey!

(Blows fake smoke from finger pistols, holsters them, and smirks.)