Mick Jagger fathering a child at 73 years old just highlights how difficult it is to be a running back in the NFL.

While the iconic front man is marveled at for his gusto and prowess of loins—erasing any common stereotypes about older age and virility and drinking Ensure—the NFL running back constantly struggles with matters of aging, overshadowed by a shelf life and replace-ability.

A pass-happy league aside, the NFL running back faces precise dissection as soon as he signs on the dotted line and heads off to camp. His days are filled with confusing instructions and contradicting styles: Hit the hole quickly. (Stuffed.) No, no, too fast, dammit! Wait for the hole to open, then attack! Now do it again…and again…and again…one more time, now. Shit, dude! That’s not how you do it! Now do it right—or we’ll find someone to replace you!

Mick Jagger has never been verbally showered with those same instructions.

He’s the headstrong bull that’s the envy of the entire farm—the moo to the horse’s nay, if you will. He’s the older car that’s super reliable and triumphs over anything currently praised by all those the non-actors we see in today’s commercials.

Mick is the older lion, showing strength and uncanny chutzpah…the poster child, er, grandpa for pop culture, rockers and money, and of course, the underappreciated Old-Man-Meets-Way -Younger-Lady comparison that involves aged Parmigiano-Reggiano. The applause and collective chest-pumping that “Age ain’t nothing but a number, honey!” simply drowns out the spectacle of such a dynamic age difference, too, giving John and Joan T. Unsure a reason to watch and cheer on the taboo fodder: Hell, if Mick’s doing it…(grabs the Cialis, claps twice to turn off the lights).

The NFL running back, though, has no such luck or admiration. The Ol’ ball carrier is like a Kraft single: you only have so long to use those things—especially once you take the plastic covering off of it. Too much heat… it melts to an unrecognizable sludge. Too cold? No one likes iced cheese.

And yes, performance-enhancing drugs will get you suspended from the league.

Shakespeare would be envious of such twisted tragedy.

Yet, when contemplating the art within the art, the sweet music—symbolic and literal—both NFL running backs and Mick Jagger encompass a level of awe and inspiration that is nothing short of a genuine, goddamn Christmas miracle. Like we all got our shopping completed and everything fits and smells correctly; like the eggnog doesn’t taste so, well, eggnog-y; like all the relatives and significant others were given a device that disables their snoring. Eureka! I can finally hear Regis!

Quite simply, there’s this:

And if the holidays are about setting aside petty differences, then I salute both, and welcome all to Week 15 in the NFL, baby!

The final stretch, the pressure zone that can make or break a season. What do we know? Well, there would be approximately 130000 less GIFs in the world if the Browns didn’t exist, and that’s about it, really. The rest is up in the air, constantly negating the concrete facts associated with normalcy. But we can’t allow that to keep us from aimlessly swinging for answers, so let’s string up that darn paper-mache donkey yet again and see what we’ll see.

You spent all night working at that science project—the Mt. Vesuvius of handmade volcanoes that will erupt with all of its might and fantastic glory, thus impressing the hell out of the judges, the teachers and little Sally Something-or-other…

Then, you commence with the demonstration, and not only does it explode, but it also rolls off the table, onto the floor, and burns down the rest of the science fair. When that one teacher—who still thinks you have potential—tries to extinguish the blaze, his toupee falls off, and he feels utter shame.

Keep all of that in mind while watching this Browns’ play:

I still like the idea of using the 2016 49ers team in a re-imagination of the blockbuster think-piece Speed…and this time—this time!—the bus can’t go over 15 mph. That’s right! It’s up to the 49ers team to save America. Their bus has been hijacked and you better not hit the fucking gas pedal, my man! Not unless you want Levi’s Stadium to go up in a cloud of dust and fan-made waste.

The Yaguars have officially become Robert Duvall’s character in Days of Thunder.

Jaguars just had a delay of game on the kicker…. only in Jacksonville

That’s just a half-ass effort by the Sun, if you ask me.

Fun fact: This team was named by a man who worked at a yogurt kiosk at LaGuardia airport.

The battle of Code Names Used In Walkie-Talkie Conversations, the Eagles will need to swing for the fences—in football terms, though—if they want to beat the Ravens in Baltimore.

“You, sir, have some sort of shit right here, near your earlobe.” 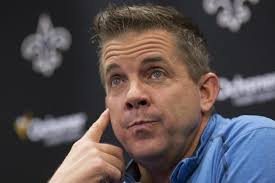 Turn out the lights, the party’s… 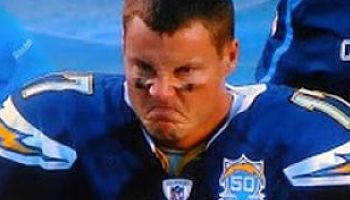 Never mind…um, turn them back on please.

Cam: The entire thing came from one couch. Chaise Lounge or some shit… 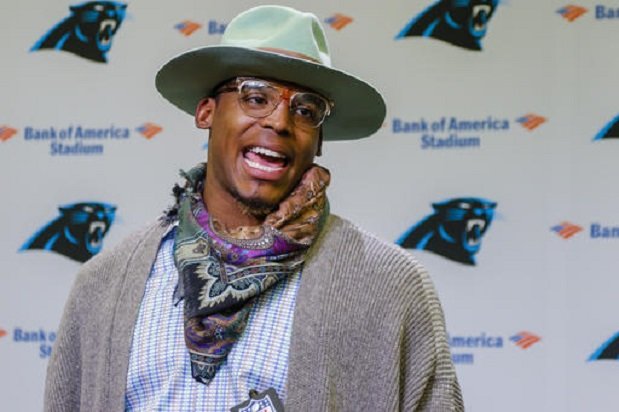 Do you guys want to hear what went wrong in Miami, or…

Velveeta Win against the Browns last week has this team looking more like a pitch man for Cheetos, but a win against the Steelers this week will make the Bengals record sound like a poorly instructed rhythm from a drunk dance teacher.

Bills fan does something seriously terrible to his leg after jumping onto a table from a car https://t.co/jq1qAQypqH

Look, I know it probably gets really lonely and hot in those costumes, but holy shit man.

The Colts mascot is real into the game: https://t.co/c2lwFWZk6e pic.twitter.com/CKgwZL8A39

When I said this team would need to watch out for the Colts…I didn’t think to include the team’s mascot, too. Now, Lamar Miller will probably never ride a horse or sit on Santa’s lap ever again.

Fun fact: Sloth from The Goonies played for the Houston Oilers.

The degrees of separation, then, are as follows: That Houston team eventually became the Tennessee Oilers, then the Tennessee Titans. The vacated Houston area eventually landed the Houston Texans, led by James Van Der Beek or someone who kinda looked like the Beek, but whatever. The point is, you’re probably not reading this SO I’LL USE ALL CAPS TO RE-FOCUS YOUR ATTENTION.

And yes, both teams are now battling for the divisional crown. 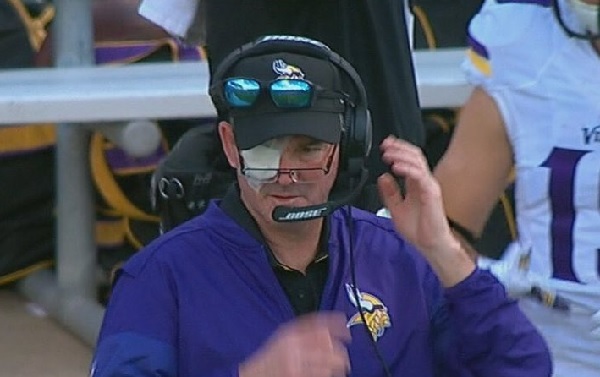 Win out? Sure, no worries.

The irony, here, is that Dolphins fans probably labeled backup quarterback Matt Moore as a guy they didn’t want to see on the field on Sundays.

Well, the game against the Jets is on Saturday…

Serious question, ‘Skins fans: Because it’s called FedEx Field…should I expect Monday’s game to actually happen on Wednesday at the house down the street, somewhere near (or on) the porch?

Thanks to one Richard Kevin Sherman, Thursday Night Football now has a new slogan that usurps the Color Rush randomness of yesteryear:

How many of you Seahawks folk knew his middle was Kevin, by the way? Less than 12?

I don’t know, Broncos fans…to me, Harry Douglas always sounded more like a shot you drank while on Spring Break in Cancun or something.

“Give six Harry Douglases and one Corona.”

What’s being coined as the  the Battle of Possible Village People, the Buccaneers travel to Dallas this week to take on the Cowboys. A win wold be huge for the franchise and give the Cowboys what the guy from The Natural called a disease—losing.

And just because, here you go:

Kind of like the NFL version of a celebrity nanny, the Falcons have another chance in as many weeks to be a deciding factor in a break-up between a head coach and an organization.

Though Yinz probably think that pain in the knee area is from sittin’ on the trawley for too damn long, it’s actually a case of the  Nebby Knee Tingles.

Well, Yinz gotta big game’is week dahn in Cincinnat-ah, and a loss would be no different than the time them bastards at Rolling Rock moved up’air to New Jersey or some shit.

The problem is, successfully navigating the New York area almost always requires your middle finger…and, well, Matthew Stafford is without that luxury.

I’ll cross the other nine though, Lions fans, because I like your story.

Possibly for the final time before both teams move to Vegas and become the Las Vegas Newtons, Raiders correspondent, Raiders Reindeer, checks in via Snapchat to give us a breakdown of the upcoming game against the Chargers.

The ups and downs from week to week in the NFL is no more apparent than with this Giants team, and I have managed to unearth only one internet treasure that is more confusing.

i have concluded that this is one of the greatest videos on the internet pic.twitter.com/4uARohKNwp

Fun game, Chiefs fans! How many of these pictures are actually Andy Reid? 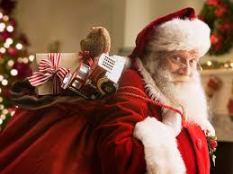 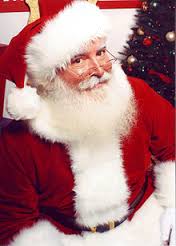 (I know, it’s tougher than it looks…)

Yes, I realize the Giants—a team ranked lower than the Cowboys—just beat this team in New Jersey. But I’m not sold on taking that loss and prematurely turning it into a national phenomena full of endless opinions and conspiracies.

I mean, that scenario has happened before in Dallas…

And, if memory serves, I don’t think anyone had that one right, either.

Back on top of the world once again—with Tom Brady consistently setting individual-team records to the point you’d think this was cycling—the Patriots are the team that perpetually defies the odds and what we see as normal.

Yes, you could call them the Mick Jagger’s of the NFL…

And yes, that LeGarrette Blount is a fine running back, too.

(Gives the eggnog to the dog)