As I write this, and you read it, there are humans experiencing the Dream-Come-True of getting drafted by a major-league organization. It’s one of the more difficult accomplishments, without question—one I’ve replayed in my head as a swing and miss for years and years. And it’s even more difficult when you realize that getting drafted is only Step .01 in a process that seemingly has over a 1000. Still, regardless if it’s a day or a Hall of Fame career in the works, it’s a chance to continue playing a game so many people love.

It’s a chance to have this moment:

There was a lot on the line for @MickeyMoniak's friend when he went No. 1 overall: https://t.co/PaR7TbGpJ0 pic.twitter.com/BVDV19Cggu

I salute every one of them and tip my cap. Best of luck—and watch out for the English Composition teacher at the local college who takes an interest in you, wanting to read Walt Whitman while you’re tied up in bed. 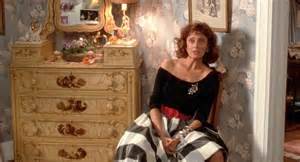 Maria Sharapova is a Powerful Organization

Sharapova was slapped with a two-year ban from tennis this week by the ITF. The ban will not change the fact she stands little chance of beating Serena Williams at a Grand Slam event. 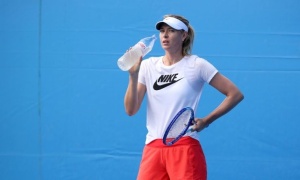 Though she will appeal the suspension, the outcome doesn’t look like it will be anything less than two years, either.

What now? Her athletic gifts give her a chance to overcome such a long break, but the bottom is this: While Margot Robbie, Rebel Wilson and Rafael Furcal will stay the same age, Sharapova will be two years older in 2018, competing at 31. That’s a long time, tennis-wise, almost crippling when considering the sport moves at the speed of youth.

Money and earning power are a different story, though.

She prevails, if you happen to view the Russian phenom as more of an organization and less of a role player who squeaks by on Doctor’s wages, while living in something with only four bedrooms.  And yes, there’s little argument that Sharapova is a business, operating on two legs and some serious forehand speed.

Besides her Surgarpova candy that makes her a nice chunk of change ($20 million as of 1/16), and the countless fashion endorsements that have raised her Net Worth above $120 million, companies understand a marketable athlete when they see one. She might not be the heroin anymore, the superhero role model who does everything the right way, but a corporation like Sharapova, INC. can withstand that and keep moving forward.

That won’t change over the next two years.

Nike suspended their relationship with Sharapova, while the investigative process took place over the meldonium accusations, but have since reversed their position, deciding to go in the direction of Richard Gere’s girlfriend: overlooking all the old baggage that comes with the relationship in hopes of monetary benefits.

The PR twist is that Nike supports Sharapova—now!—because, hey, she didn’t really mean it.

Maria has always made her position clear, has apologized for her mistake and is now appealing the length of the ban. Based on the decision of the ITF and their factual findings, we hope to see Maria back on court and will continue to partner with her. 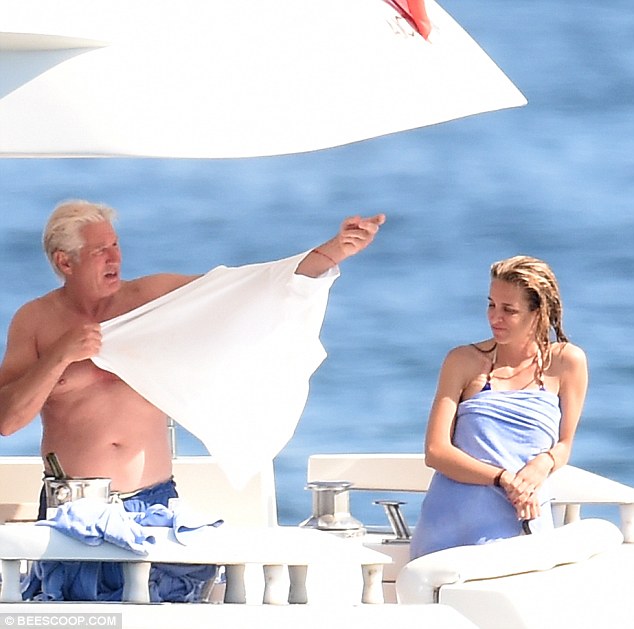 Basketball is one of those tricky sports, where, regardless of the defense and overall scheme, or Karma a coach might pump into the male ego before and during the game, there’s not much that can be done if the other team makes the shot. And I’m not talking about easy layups, here. I’m looking at the YouTube stuff, man! Shots from places most sane players wouldn’t think to guard against.

It can’t be stopped.

And that’s what made Klay Thompson’s Game 6 feat against the OKC Thunder so impressive.

The guy was pulling up from the other team’s foul line and making shots. He hit 11 threes. Eleven! If it were NBA Jams, he’d have a ring of fire around him.  If he were Johnny Cash, signing Ring of Fire, his all-black get-up would have zero fucking lint on it. The dude was another form of epic.

Walking anywhere in Los Angeles can be tricky. Blinkers aren’t really a thing these days—maybe ever—and neither is looking when turning. If you choose to walk, well, do so at your own peril. You got it? Good, because no one is breaking for you if it means missing extra work, or, worse yet, being late for lineup. 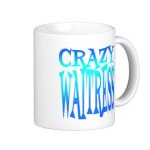 If you do happen to survive a walk, though, you stand a solid chance of running into some smiling crazy-asses in colored vests.  I call them, to reuse a PCU term, Cause Heads. I don’t know where they came from, or if they’re paid to do what they do but man, they sure know how to go with the old war-winning adage of Strength in Numbers.

In case you have no idea what the hell PCU is, let’s take 2:12 and relive the glory:

While on a loop in Larchmont Village, I ran into several of these clipboard-toting vagrants. It’s like the awkward part in the awkward movie, where you know that they see you seeing them and so on.

Vagrant: Hey, how are you doing? Got 30 seconds to…

I normally leave after the “30 seconds to” part…chalking it up to the fact the last part of the sentence is probably “Mars?”. Not the band, either.  That’s what’s insane about the Cause Heads: Their agendas are as random as the greeting lines they use to get your attention.

This week it was Save the Elephants. 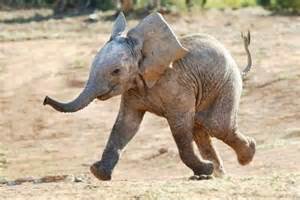 I’m all for saving elephants, too. Saving animals in danger is a solid gesture—but not one I want to discuss when I have to get my coffee and hightail it back to the ol hamster wheel…under an hour.

Not one where it involves me spending money for a constant email blast that follows you for eternity, either.

So…I tell them no.

That’s not the end of it, however.

What’s worse, because it’s a loop, they strategically spread out around Larchmont (numbers, man!), which means I have to tell the first one that I don’t want to talk about elephants…then the second…then third…then I get coffee…no to the fourth…the fifth…

By the time I get to the stoplight, I have told six people that I don’t have time to talk about saving elephants.

Sometimes I feel like I’m filming an ad for eating glue.

Hilary and Donald, here’s your 15 seconds (on this site).

How long did it take your staff of 823 people to think that up–and where are your 33,000 emails that you deleted? https://t.co/gECLNtQizQ

Looks like the kids are getting restless. Give them some keys to jiggle.

It was on. I watched it.

Twitter and Facebook would have solved that movie in like 20 minutes if were released today, because Bret Favre would have sent Cameron Diaz an obscure dick pic and busted the chain of events, but still, what a classic. 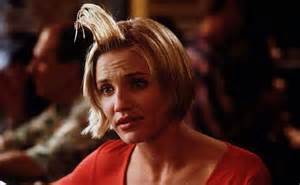 Terms like “Hairy Beanbag” and “Bundt Cake” only finish a close second because lines like, “Now exactly what the hell is the situation here? Did you shit yourself or something?” or, “You can’t forget, it’s a sumo culture, Ted. They pay by the pound over there. Sorta like, um, tuna.”  or, “We agreed I wouldn’t fuck you, and you wouldn’t fuck me until we got this fuck outta the fuckin’ picture!” are so damn solid and well learned.

How the hell Ben Stiller ever got the beans above the frank is still a mystery.

At least that’s how I think the book of hand-to-hand combat would have been written  had the case study been solely based on baseball fights in the 21st century.

Since the infamous Nolan Ryan vs. Robin Ventura scuffle, baseball’s bench-clearings have looked more like West Side Story if it was produced by Winnie the Pooh in a Don King wig, and less like 50 guys pissed off for whatever unwritten rule that just occurred—that will get denied in the press.

This isn’t about calling the baseball brethren pussies, mind you. It’s scurry, scurry shit when involved in a brawl. Blindsides. Drop kicks. Pinching. Biting. Watchootoos. It’s a madhouse, all taking place in a radius of about ten feet.

So it makes sense to see a lot of back-stepping and side-stepping and, Hey, MAN! Hold the fuck up-ings!!!!

But that seems to have changed the last few weeks.

It started with Rougned Odor coldcocking Toronto’s Jose Bautista. The punch has rivaled the Crying Jordan Face meme on Social Media. It was brash. It certainly wasn’t expected (via jkupferman):

As a follow-up act, the Royal’s Yordano Ventura and Orioles’ Manny Machado went against the norm too, with Machado landing a right hook before slamming Ventura to the ground (via 120 Sports): 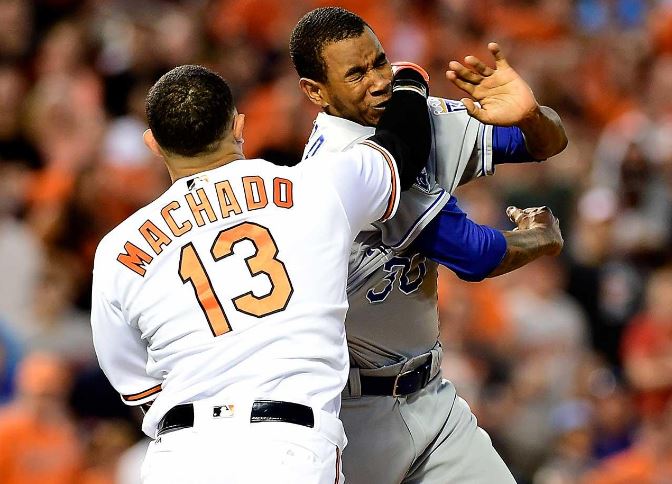 Sure, this isn’t great for kids—but neither are some priests or lunch meats left out in the sun, so whatever.

Don’t let anyone ever tell you it’s easy, folks.

Juuuuuust a bit outside.
😂😭😂😭
(via @MLBGIFs)pic.twitter.com/tV9NxEellz

Lamar Latrell method is a risky choice if Poindexter hasn't doctored that baseball to fit the style. https://t.co/i5jE3rkeuN

Let the Girls Close This Out