Low Income Soused-Ing: The Atlanta Falcons and the Unknown of Concession Stand Pricing

Atlanta Falcons’ owner Arthur Blank, with team president Rich McKay by his side, threw away the modern-day blueprints this past Monday and went against-the-norm when it comes to concession prices at stadiums.

They lowered the price of beer, man!

They lowered the price of (basically) all concessions, man!

The news of it went something like this. Blank, with the new Falcons stadium close to completion and due to open in 2017, made a major announcement that concession prices at the new digs will not leave a family of four—or the single man, or the single woman, the Pretzel Kiosk owner, the hermaphrodite, etc.—in complete squalor after the game is over…The collective group will not be forced to sell the washing machine and all the spoons and forks on Craigslist just because Junior wanted a hot dog and a coke.

And that’s amazing news—because with the way stadiums have jacked up the prices for concessions these days, you’d think it was a different kind of coke (and I don’t mean Phil, buddy).

Here’s the breakdown (per Yahoo):

How great is that? Well, take a look at this link for Golden Road IPA:

Now, take a look at these tasting notes: 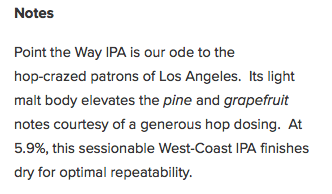 Finished—or do you need more of a hop dosing? OK, moving on.

Last Wednesday, while going to watch the Mets and the Dodgers, I paid $17 for that same beer. Yes, $17. What’s worse, I paid an extra $13.00 for a 16 oz. Miller Lite for my friend. He smiled, and used it to wash down his $16.00 Wagyu beef burger (Note: Wagyu is a style of beef where the cow is massaged with coconut oil and fed nothing but PEZ from birth until the age of three. Then, after being off its feet for seven weeks, while being forced to watch I Heart Huckabees on a loop, the cow simply passes due to complete exhaustion). 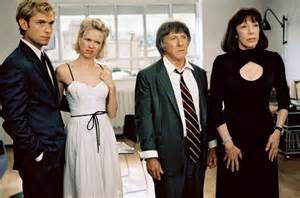 So yeah, that $5 beer…looks like a real nice deal.

However, this doesn’t make Arthur Blank the hero we as a sports community—as beer drinkers! As food-eaters!—have been waiting for.

That’s a solid line, especially in the present day, with the political air being plumed into a stagnation that would rival smog in China and the 24/7 cycle of conspiracy-type stuff. Through all of it, regardless of what your favorite analyst or Twitter egg-faced theorist says, that particular scenario of the actual unknown plays a role in shaping the American public.

Mind you, this wasn’t some grandiose thought etched in stone during the first Thanksgiving feast—though I would imagine you could draw more than a few credible thesis points toward the Native Americans (who, apparently, aren’t all that concerned about the Redskins name). No, that saying is from the classic road trip tale, Tommy Boy—with the legend, (Canadian treasure) Dan Aykroyd.

Right after Ray Zalinsky (Aykroyd’s character) recites a cheesy, very moving and down-home ‘Murica line from his commercial, he quickly sets ole Tommy Boy straight with the facts: It was bullshit. And seeing how that took Chris Farley’s character by surprise (along with what he assumed was the mutual feeling among the viewing public), Aykroyd laid that line on him.

When dissecting the Concession Announcement by Blank and the Falcons, the same principal of Us vs. Them, We Know vs. But You Don’t Know can be applied. Yes, Dan Aykroyd can help us.

While lowering concession prices (namely, the beer) looks great plastered all over the Internet, and the word-of-mouth will certainly grow from a slow roar to eventually a 30 for 30 called, Low Income Soused-ing, the move isn’t exactly set up to only net the organization a few cents every time you take a gulp or a bite or whatever means you choose to consume at the stadium.

You knew that, right?  Good. Because the Ray Zalinsky analogy shouldn’t be misconstrued as some crucial blow that proves the American sports fan is a dumbass; far from it. Instead, lets take general public knowledge that companies mark up products, like food and beverage, and shed more of the corporate light on just how much grey area there is with our acceptance.

Let’s ask a guy who has bartended and dealt with beer purchases.

I can’t speak for the exact costs of kegs and stadium orders in the Atlanta municipality, but I have gone through the hell of being involved with a restaurant/bar in Los Angeles, which included ordering beer, and I can’t imagine the price points being all that different. (Most likely the LA numbers, in my mind, would be slightly higher because you can technically chug a drink out here, see Brad Pitt, and then vomit into the ocean…all at the same time. I think all ATL has is a few lakes.) Anyhow, I digress.

Full disclosure though: I never had anything to do with ordering kegs. So I reached out to a guy who has; he broke it down like this:

When you look at the costs, basically a 60-cent product, $1 tops, being shelled out for $5, the price decrease feels more like a generously depicted increase. Sure, compare it to the Golden Road pricing and it makes the other franchises not named the Atlanta Falcons look like seal-clubbing pirates, laughing at us from their houses made of gluten while they collect some serious percentages off their concessions. But that doesn’t place the Falcons on some high-and-mighty pedestal—and the gesture won’t leave Arthur in a situation where he is forced to sell his spoons, either.

Is it still cool of them? Hell yeah! It’s still a cool move, no question there. And I hope it’s one that many, many, many, many…fucking all of the sports franchises…will follow sooner than later. Because there is still money to be made, a lot more than publicly perceived, after lowering costs to something in the “ballpark” of Not Highway Robbery. It will make the total experience of a sports event more practical for more people. It widens the public perception of possibility—during a time when most people would rather sit on their couch and watch.

Eventually, sort of a Coming Soon, this little slice of the Couch Journalist will be a video with the final ramble. Until then, enjoy more of the written word.

There’s a long way to go (if ever) in this abnormal becoming the normal. If the Falcons are the sole organization to feed and water John T. Sports-Fan on the cheap-ish, I seriously doubt it will cause too much of a stir. It kind of goes back to my purchase of a $17 beer, and this reality: stadiums can sell Mayonnaise-and-Jeppson’s Malort flavored cupcakes quite easily when that’s all there is.

Post Golden Road purchase, there was no genie granting wishes, there was no mailer I could send in for a one-size-fits-all hat. Golden Road doesn’t have the equivalent of miles or Camel Cash, so, basically, I paid that amount just because.

Yeah, I know that you know: want a beer at the ballgame? OK, then it’ll cost whatever the hell the park deems fair price. It’s as simple as that. You don’t want it? Move on.  And good luck trying to sneak in a flask or the colonoscopy bag (why do you have this?) filled with booze. In the past three years, I have seen, at least, six different groups busted at the gate (football, baseball, hockey, basketball) with some sort of alcohol. It’s a rough deal.

So you have to ask: Is a risk of that kind worth its monetary weight when compared to the amount you’ll pay to buy a beer inside?

Usually, the answer is no. And most of us don’t own unused colonoscopy bags to begin with, so we shell out hoards of cash for concessions because that’s all there is—much like my experience with the Golden Road IPA and the Miller Lite.

Anything different would involve changing the blueprint.