As American as Hot Dogs and MTV: Understanding Dee Gordon and PEDs in Baseball

Hindsight, when looking at the Dee Gordon debacle, the 80-game suspension for PEDs, isn’t twenty-twenty. I waited through last Friday—the first full day of reckoning, post-announcement—the weekend, the NFL Draft, the Thrones, Mystery Alaska and at least 67 guesses regarding Steph Curry’s timetable for a return and, still, nothing. 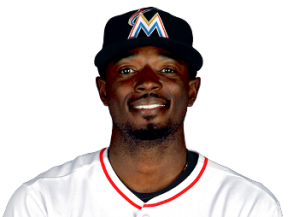 One revelation later though, involving MTV and a hot dog, and presto! Confusion ceased…sort of.

Hear me out on this, gang.

Although the memory is fuzzy, I can remember watching the Olympics back in the ‘80s and being confused (even for a kid who wasn’t at the “confused” stage of life yet) by what I was seeing in the form of East Germany representation. Man? Woman? He-Man and She-Man? Oh man, what the hell is that? Clearly, this was before I understood what a steroid was, or could do, but I knew these athletic specimens looked…different.

By the time the ’88 games came and went, with Ben Johnson—a physically fit, literally the Olympian body type—becoming the stereotype for what steroid users looked like, I was equipped with a snapshot recollection that stuck in my mind when it came to athletes who cheat with performance-enhancing drugs. As time passed, that photo gallery of possible “cheaters” grew, and the sports associated with the scandalous acts moved out of the global spectrum and landed directly on the doorstep of the NFL and America’s pastime—baseball.

It was during the late ‘90s, right around the time my collegiate baseball career began, the MLB game started to change, physically. Muscles that popped out of a MLB player’s uniform, making them look like cartoon-version ballplayers who would strikeout against Bugs Bunny, seemed more common. This happened on the college level, too. And, holy hell, when these specimens performed their given task, which usually entailed connecting on a pitch, the results were incredible: balls were landing in areas of fields where organization’s kept the Fine China; second baseman were hitting 20-plus dingers a season; and records were falling.

The home run was the newsmaker of the day.

It brought baseball back into a pop culture-like frenzy—though it didn’t take long for the questions to arise from not only the media but also other players. What’s up with the muscles, bro? Yeah, why did you just go into that bathroom stall with Jose, my man?

Question after question, accusation after accusation, the Steroid Era steadily became official and the list of recollections grew. Eventually, I only needed to hear the first name: There was Mark. Brady, perhaps? Sammy. Jason. Jeremy. Barry. Every Giles. Etcetera. Some of the players who decided to get the “advantage” by juicing were guys I personally knew, minor-leaguers who decided to take a cycle in attempt to get ahead, to get into that level of the aforementioned.

Each time, though, regardless if it was Ken Caminiti or a kid in college, those snapshots of Ben Johnson or the East German flock usually held true. And it has lasted…

If you haven’t heard the word—or you missed the first paragraph—Dee Gordon, the Miami Marlins star second baseman, was served with an 80-game suspension for testing positive for PEDs— Testosterone and Clostebol

Surprised? Take this one for me, Clark:

Dee Gordon is average stature, around 5’11, and he’s a wiry 170 pounds. He’s small. If he were a jockey, maybe I would be suspicious that he was on something. In baseball, however, he isn’t a red flag.

So, what the hell happened? Well, to answer that, you only need to go back a few years and look at Gordon’s career…and yes, MTV. ( I would boil/microwave/grill/cook that hot dog right about now, too.)

Living in LA, I was able to watch Gordon live, including his 2011 MLB debut. He was…decent. That season he hit .304 with an OPS of .686. Though his defense wasn’t anything amazing, he was doing exactly what a leadoff-type player should do. It was a small sample size, no question, but there was promise.

The next two seasons, Gordon didn’t hit above .250, going from 87 games played in 2012 to just 38 in 2013. He had a negative WAR (wins above replacement (player)), which meant that replacing him with almost anything was a way better idea. Sure, he was a legacy (See: Tom “Flash” Gordon), sort of like Flounder in Animal House, so I knew, even if he was mediocre, his number of chances to stay in the league were at least better than average. But the recurring trips to Triple-A Albuquerque made it seem like he was more destined to become a catamaran skipper on Catalina Island than he was a major-leaguer.

In 2014, Gordon hit .289 with a .326 OBP. He showcased his speed with 64 steals and 12 triples—both areas leading the National League. Gordon was becoming a top-tier player in the MLB, he was an All-Star and a force in the Dodgers’ lineup. He was back. The Dodgers (still!) weren’t convinced, however, and they traded him away to the Miami Marlins at the end of the season. (In fact they paid $2.5 million of his 2015 salary just to not have him around.)

But he kept on keeping on…

He raked in 2015, only furthering his reputation as a player worth more than Players To Be Named Later. For all his hard work, following his first NL Batting Title, Gordon was rewarded with a five-year, $50 million contract with the Miami Marlins before the 2016 campaign.

When you look at all of this, all of Gordon’s triumphs the last few seasons, it’s seems like a great baseball story. Kevin Costner and Robert Redford would direct it. He worked his way out of a slump, got back on top, and now has many Twitter followers. And he did it right. No way in hell that guy cheated the system to improve—again, he’s wiry. That’s not a German swimmer and that does not look like Ben Johnson. It’s not Barry, nor is it Mark. It’s exactly the profile that granted an escape from the sports-media witch-hunt all these years. It wasn’t the image I had, either.

But…that’s what we thought we knew about PEDs.

There was a catchy phrase MTV used, back in the early 2000s, that helped pitch the company’s “Diary” series, an inside, personal account of the day-to-day shenanigans and errand-running of celebrities in the entertainment biz. Though it was a slightly different delivery every time—tonally, or maybe with (or perhaps without) cigarette plums highlighting the breath it took to say it—each unique pop culture persona always let us know how much we actually didn’t know by saying, “You think you know…but you have no idea.”

I thought about that phrase because of Dee Gordon.

Because we really don’t know. That goes for both sides, too. Whether it’s what the media thinks now or what they thought of Gordon then, or why he decided to take the “stack” in the first place, there really isn’t any way of nailing this down to an exact science.

If anything, Gordon just widened the gap.

He got paid, no question, and here’s what an anonymous friend told USA Today Sports:

So he got caught. So what? It was better than spending his career in the minors. His image may be shot, but he’s still has got his $50 million in the bank and can take care of his family for the rest of his life.

So really, when you think about it, it’s worth it.

Is that hot dog ready yet?

Regardless if that’s true or not, or whether you agree with that or not, explaining (and/or defending) either side of that argument is like telling a person they would enjoy a hot dog exponentially more if they tried eating it from the other end.

Yep, hindsight is blurry when it comes to PEDs. And that might just be the understanding we go with moving forward.