You Have to Rewind It: My Review of the 1999 Film ‘Mystery, Alaska’

Summertime is about staying cool and having a good time. It’s also about the movies. Summer blockbusters! Aliens are attacking—again—Matt Damon is pissed off—again—and Jared Leto is wearing makeup—again.

However, if the idea is to stay cool while, possibly, enjoying a cinematic display, wouldn’t it make sense to choose a hockey movie?

Which one, though? There are plenty to choose from—from Slap Shot to Youngblood (underrated) to Mighty Ducks 2 to Mighty Ducks 3 to the time they strapped John Wayne in some skates (Idol of the Crowds) and said, “OK, John, it’s just like a horse…action!” There’s Miracle, there’s Goon—I still consider Cutting Edge a hockey-esque movie. There’s the original Mighty Ducks… Phew…that’s a lot of Josh Jackson, gang.

But, for my money? Well, I like the 1999 sociology study titled Mystery, Alaska.

So I watched it.

Oddly enough, there’s no mystery to this Alaskan town… originally I thought it was Buffalo, but that’s about it.

Russell Crowe left the clergy behind in that western town where he was shooting people with Gene Hackman and moved to a cold-ass habitat. He’s grumpy, as you would expect when it’s snowing year-round. He hasn’t cut his hair, either. It’s feathered, full, and fits nicely underneath a hockey helmet. 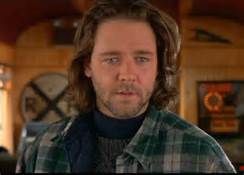 There’s nothing to do in this town but play hockey and have sex. And man, do the town’s folk do both with incredible ease and moxie, resting only between periods (I just winked at you).

The Saturday Game is sort of like the Friday high school football game in Texas. It’s everything. The ten players (four-on-four, plus two goalies) selected to play in this game are treated like Gods. Not like James Van Der Beek put it in Varsity Blues, mind you, but more like Grant Stayton’s thought-process when he’s at sea in Overboard. 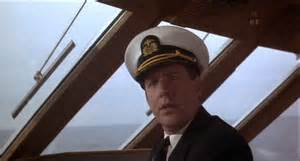 Russell, as you would have guessed it, plays in this game. His wife, Mary McCormack, and the rest of the town, watch while the chosen board members—which always have the town’s Mayor leading the way—play general manager and other upper-brass types. It’s cute, there’s exhilaration and a real life force to this game, this sport…this one redhead that I’ll get to later.

But things get serious when Sports Illustrated becomes involved. And when Russell gets…some news…and then some more news.

Bailey Pruitt is a fat, bumbling townie who happens to be a lawyer. He had issues with Catherine Zeta-Jones in Entrapment but seems to have have settled a bit. If you need some less-obscure, previous characters played by the actor, I would say start with Dances with Wolves: Bailey plays the guy who writes the orders for Costner to go to Fort Kyra Sedgwick, then pisses his pants, and then shoots himself. 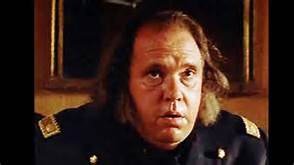 Hank Azaria is a Wonderful Harbinger of Shit-Storms

Azaria was born in Mystery. But he decided to leave the town for greener pastures. (Full disclosure: I’m sure the pastures of Mystery are green, but there’s all that damn snow covering it.) Anyway, Azaria left to go do voice-over work for the Simpsons and tell tourists not to photograph the dead hooker on Hollywood Blvd in Pretty Woman (a serious scene that catapulted not only his career, but the careers of Julia Roberts and Cindy Crawford’s ex-husband Richard Gere.)

At some point, his veins flowing with the egoistical sap that comes from big screen Hollywood success, Azaria decided to write an op-ed piece (as Celebrities do) in Sports Illustrated. In that piece, he talks about Mystery, Alaska’s hockey enthusiasm, the team, and how that squad of ten Grant Staytons could lay some serious pipe to any NHL team in the union.

Of course, the NHL was listening.

Important: This whole movie would not have been green lit had Hank Azaria not been born in Mystery.

No One Looked at a Map, Apparently

The NHL players’ union isn’t thrilled about this whole idea of sending a team up to Mystery for some sideshow pony event, but they eventually cave after Bailey Pruitt leaves his heart (literally) on the courtroom floor while arguing for this game to actually happen.

The New York Rangers are forced to go across the country to play while the their families are left alone during the All-Star break with only the seven nannies, the butler, their personal trainers, etc.

I felt for the Rangers and never understood why the NHL (and Hank Azaria) didn’t ask, say…Vancouver to go. It’s like a six-minute bus ride to Alaska from Vancouver. The nannies could’ve gone, the families too.

But, no: The Rangers will play Mystery.

Perhaps the NHL, like me, thought it was Buffalo…

So, the Rangers are coming to Alaska. Good times—or so we think.

Adding to the shit-storm, the game against the Rangers will be a five-on-five deal, keeping in line with the NHL rules and such.

This sucks for Mystery.

The Mystery team is a pond hockey squad. Four on four, no walls, black ice—which makes the puck difficult to see—and soft spots where the opponent can plummet to his frozen death if not careful.

Now? Now they have to play with five guys, boards, white ice, orange stars, green clovers, purple horseshoes, while Mike Myers (SNL guy who did Wayne’s World; not the nut–bag in the white Shatner mask) calls the game. It less-than-ideal.

They bring back a really grumpy Russell Crowe, though, to be the old, wise man with a mullet who will mold this team into the right…cue the inspiring music…the right stuff needed to win this game, not only for the town, but for his marriage and the way of Alaskan life and the soldiers of Rome.

Unfortunately, this wasn’t the key moment.

Burt Reynolds Lives in Mystery, Too

It’s a good thing the town is sparsely populated; otherwise I could see some serious road rage occurring the minute this cat got his license.

Burt is a judge, which is cool because he has wigs and we all know judges use wigs when presiding over trials. He’s sort of a curmudgeon in the beginning of the film, yelling at his son for being red-headed (kind of a hypocritical move when you’re bald), but he eventually agrees to be the coach of the hockey team and he’s super proud by the end.

There’s a statistic out there that says when it’s cold and the heater breaks, there’s a flux of newborn babies nine months later. The babies are called Broken Heater Babies.

This is how Mystery was populated.

Remember: The Saturday game is only on Saturday. It’s not a play on words; it is literally once a week. That leaves six other days for sex and experimentation, and all of them own rubber gloves. No one rents, Fletch.

I’m not sure where they are getting all the lumber, but within the minutes allotted for the second half of the film, the town manages to build a full-blown, working hockey rink.

Russell’s thoughts: “This is not a pond!”

As pointed out, McCormack is the tug and pull as Crowe’s wife, where she has the ups and downs of being a female in a town with seemingly zero retail stores. (Price World tries to move in, but they shoot the rep.) Eventually, she teaches Crowe the meaning of love—after he highlights words in an article—and then she moves out to LA…but not with Azaria. No, no. She goes for Dickie Roberts aka David Spade.

Marden is the town mascot. Around every turn, there’s Skank and his libido-starved ways. His pickup lines to the network reporter really move the plot from A to B.

He, too, moves out of Mystery, and now lives comfortably as a Swedish boy. 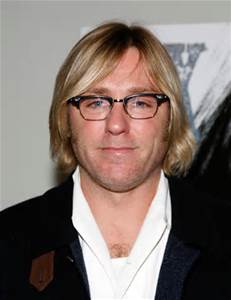 Hopefully, You Didn’t Miss It

Yes, there is a part in this film where Russell highlights certain words in an article and he gives it to a confused McCormack as sort of an apology for being…well, Russell Crowe.

It reads like a Diane Keaton speech for Woody Allen: scattered, mixed with adjectives and household products.

The words moved McCormack like a light pebble being caressed by a loving slingshot… and Russell is proud of the weird sentence he created.

No one cares that Azaria bought an old Zamboni for the town. They don’t care he brought the Rangers. They don’t care about the voice-over work or the hooker (that profession in Mystery is called: resident with five minutes to kill). He has breakdown moment and Russell has to go set him straight. He tells him about the words he highlighted and that Hank will eventually meet a guy named Ben Stiller and things will be OK.

It’s game day. The crowd has filed into the stands and they wait, anxiously. The mayor forgives his redheaded wife for her “ways” and now we are left with only one obstacle in this entire movie: the New York Rangers.

As customary, though, someone has to sing the Star Spangled Banner. And holy shit, Mystery gets a doozy to perform the task: 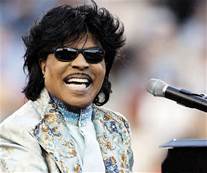 What!?! My brain was spinning like the Tasmanian devil.

Reality or not, I was flabbergasted by this move. What exactly did his agents tell him (again, in realty and make-believe)? How in the hell did they get him to agree to this?

No matter though, he was perfect. And he was willing to play favors, for Mystery, agreeing to one of the more relevant, cutting-edge tactics in outdoor sports history.

By the end of the song, the Rangers were practically frozen.  It helped the Mystery team jump out to an early lead.

Of course, the Rangers win the game, 5-4. (Story note: The actual Rangers declined to be in the movie, so fuck them.)

Just for that “awe shit!!” moment, there is a final shot that hits the post, ricocheting into the bleak reality of a living in year-round winter. The team, the town, is all shocked and saddened.

Then, a slow clap—started by none other than curmudgeon Burt Reynolds—lifts the spirits of everyone.

The Rangers join the applause, tapping their sticks on the ice, showing their appreciation for the hockey these pond-dwellers can play.

The dude who shot the Price World guy and the kid who replaced Russell Crowe both get opportunities to play professional hockey. They fly with the Rangers. Azaria flies solo.

Crowe goes to the barber and asks for the Ceaser cut…he will have more vengeance.

The rest town celebrates with a massive orgy—off screen, of course.

Final Thoughts: Money vs. Pop Culture and a Name-Drop that Helped Me Understand This Film’s Essence

Though the movie did terribly at the box office—making under $9 million against a budget of nearly $30 million—it has moments of pop culture: the kid blowing his load while the girl is putting the condom on him has been a repeated-ish scene since this flick came out in 1999. It’s that kind of lasting power that producers and filmmakers love (I just winked at you again).

A few years ago I ran into Kevin Durand—who plays Tree Lane in the film—oddly enough, at a hockey game. We talked of the movie. He was surprised I knew not only the film, but also him.

When I told him he was one of the more believable actors on the team, and asked him where he was “discovered,” I was expecting him to say something like, “A bar in Des Moines,” or “I was selling insurance and Russell Crowe hit me with his car, so he owed me.” But he didn’t.

Tree: I was doing Shakespeare in Canada at the time.