The NFL Draft—2015, yo!—is merely hours away from its fan-fest commencement and I haven’t got a clue who is going where and in what round.

Sheepishly, I had hoped for some sort of quasi-reasoning to slip into my head, allowing me to, at least, spew out a few guesses here and there. After all, the Mock Draft is oftentimes more interesting than the actual draft.

It’s like a confidently vague twist on Jeopardy, where the contestants tell Alex a wrong answer…but provide a general thought-cloud to why it “could” be the right one. As the money (or picks) and game (draft) progress, the answers and reasoning just gets weirder and weirder and BOOM! Carrot Top!!

But, hey, don’t mock it. Careers, actual real paying gigs, have come from guessing-games that are no more applause-worthy than a fortuneteller down at Venice Beach. (You are looking for…something…)

Guys and gals, tucked away in their dorm rooms, parent’s basement, the office of their actual job, whatever, sit and contemplate, scouring the Interwebs for stats and scouting reports and more stats and more scouting reports. They scribble down possibilities and what they think “will most likely” happen. They guess, basically. For some, it’s only the first round…and maybe the second. For others, the big hitters, it’s the entire seven rounds—256 picks, with reasoning provided for each dream.

Mel Kiper Jr. and Todd McShay aside—maybe the draft guy from Bleacher Report, too—NFL Draft genies/gurus are noting more than another page click, surrounded by millions of other page clicks.

That doesn’t make them jackasses or anything. At the end of the day—or days—it’s all about having and fun. It’s the “entertainment” part of sports entertainment. Nothing less. Noting more.

However, none of that typed meandering hides the fact that I still don’t have a fucking clue about this year’s hopefuls.

I do know, for the most part, that people will want to watch the draft spectacle—and while they are watching, as with any great sport-type festivity, hunger will be a mountain to climb.

And who’s going to climb that mountain, you?

Like the actual draft, there are tons of choices. There are moves to consider: right now and around dinner time.

You saw how tough it was for Kevin Costner, right? (Well, maybe you didn’t; I don’t think a lot of people did…)

But it’s tough, man. One false move and your stuck with an over-done Tebow-n and a side of Ryan Leaf salad…with only an Iced Tee Martin to wash it down. All of that just sounds like a clogged-toilet party for one—just you. Failure.

Luckily, I can help you.

I do happen to have a Mock Draft of my Top 10 fast food choices for 2015. It’s not the cement-in-stone-and-penciled-in-ink last word of fast food 2015, mind you. It’s just words on a computer screen—unless you print this shit out. Then it will have ink, I guess.

The envelope, please. (Steps up to fake podium.) (And, cue the music.)

With the 10th pick in this year’s Mock Fast Food Draft, the fast food selection is…

This was a no-brainer. The fact the commercials always end with a squish sound, as the burger or whatever flops to the surface, doesn’t reduce this chain as a good choice. Carl’s Jr. has the kind of health-clogging enthusiasm you like to see in a fast food option. They simply are NOT afraid to put things on a burger: onion rings, fries, whatever the hell it takes to get that bad boy over a metric ton. And, yes, they have shimmering model-types, slip-sliding on cars and horses and sandy beaches and…well, if it’s good enough for Nina Agdal, it’s good enough for ‘Murica.

With the 9th pick in this year’s Mock Fast Food Draft, the fast food selection is…

There was a time when this flame-broiled behemoth was an innovative necessity. By 1998, every kid was happy to make a Double Whopper “his or her” way. Now though, Burger King is slipping in the grand scheme of fast food franchises. I didn’t originally have them in the Top 10, mainly because of their need to cover everything in mushrooms. Their chicken sandwich game is strong however, more so than Carl’s Jr./Hardee’s, and the chicken fries—whatever the hell that is—pushed them back into the mix.

They are Florida-based, which, in athletic terms, usually means very fast!! That could, somehow, equate to a speedier drive time…getting your ass back on the couch more quickly.

With the 8th pick in this year’s Mock Fast Food Draft, the fast food selection is…

Whoa! Didn’t see this coming, did you? Well, every draft needs a sleeper…and Dunkin Donuts will be playing that role for this exercise in foodstuffs. Look, I realize the general argument for leaving them off the list, maybe off the entire food draft. There name alone shouts breakfast. And donuts don’t mix well with alcohol. But, man, let’s break this down here. Like most analysts, I go beyond the surface of things, and the last time I was at a Dunkin Donuts—Plattsburgh, NY—I had the best damn sausage and cheese sandwich. Incredible. Actually, I think I had two. Regardless, it went great with a beer—or six. And I bet it still would. And, just in good faith for being in your pajamas at 6 pm tonight, there’s nothing wrong with giving the gifts of sweets to your sweetie. (See: Donuts.) 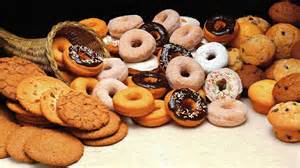 With the 7th pick in this year’s Mock Fast Food Draft, the fast food selection is…

McDonald’s is usually pretty high on the list. Some may even have this Big Mac juggernaut at No. 1. They have something for everyone, even the kids. Like Dunkin Donuts, they have breakfast, too—severed all day long (No shit). However, Morgan Spurlock left all of us a little squeamish, as he ate Ronald’s concoctions for every meal, for a month straight. It damn near killed him, and it damn near killed McDonald’s. I originally had them in my Top 5, landing at No. 3. The decision was based solely on the smush-ability of the fries, allowing me to grab more at once and shove them into my mouth. They dropped to No. 7 because of jibber-jabber regarding more fruits and vegetables. McDonald’s, babe, where’s the beef?

They are still a solid choice, mind you. And, hey, this is one night, not an entire month.

With the 6th pick in this year’s Mock Fast Food Draft, the fast food selection is…

Ah, here’s the beef. Yes, it has changed over the years. The patty went from thin and grease-filled to thicker…and less grease-filled. Yet, this Ohio dream of Mr. Dave Thomas is a strong fast food choice. My Grandpa likes their chili, so there’s that. But I’m basing most of the decision on the Frosty, while accepting that their chicken game is exceptionally strong, too….and the Ghost Pepper Fries. Like Burger King’s Chicken Fries, I’m not certain what the hell goes into the recipe, but this seems like a good share plate—something that always comes in handy when couch surfing. They dropped out of my Top 5 because they lack a fourth patty on their burger choices—something I expect from a Midwest chain—and I miss the thinner version.

And that old lady!!

With the 5th pick in this year’s Mock Fast Food Draft, the fast food selection is…

This is a slight nostalgic pick, due to my memories of Rax, but Arby’s stands out from the pack this year. This beef-slinging chain moved into my Top 5 based on one element—the Reuben. The corned beef king is an easy sandwich to screw up, usually because of too much kraut or a drown-worthy level of Russian dressing. But not Arby’s. No way. If you believe their ads, even New Yorkers have saluted the sandwich—mistaking it for some local fare. Of course, if Reubens aren’t your thing, the classic roast beef is hard to beat. And I think the cheese-covered option is undefeated.

It’s not Rax…but what is?

With the 4th pick in this year’s Mock Fast Food Draft, the fast food selection is…

Cover anything in that much chili and it has to taste good.

With the 3rd pick in this year’s Mock Fast Food Draft, the fast food selection is…

When you can manage to fit some 1500-plus calories into a tortilla shell the size of a small child’s head, and still have utter deliciousness, well.. you deserve a Top 5 spot. Chipotle has a great, deceptive quality about it: though it’s an entire day’s calories in one meal, the freshness of it makes most people leave the establishment feeling as fit as Richard Simmons. They have a kid’s meal, too—big points if you’re doing the family thing or having kid time—or you got stuck with the kids. And if you really want to go super-duper fit, fast food-wise, Chipotle is willing to toss everything into a bowl for you, sans burrito shell.

With the 2nd pick in this year’s Mock Fast Food Draft, the fast food selection is…

I completely understand that a good portion of Americans can’t have this delightful chain’s wears. I really do. However, it’s good enough to skip the West Coast bias and land at No. 2. The deal-breaker, for me, is the slightly toasted bun with the slightly buttery quality. Slap a Double-Double in between two slices of that shit and I’m sold. True, the real name should be Stand In Line and Wait, but hey…let’s not get a clouded perception based off of combine numbers.

With the No. 1 pick in this year’s Mock Fast Food Draft, the fast food selection is…

I can see the argument for making the Pizza Hut-Taco Bell combo store the first pick. It’s a decent five-tool threat, serving up different options from completely different food genres. It’s like a QB who can also punt, kick field goals and stuff a pizza crust at the same time.

That soft-served DQ ice cream…AHHHHHHHHHHHHHHHHHH!!! So damn good for so many damn years. Serve it in a mini baseball helmet, collect the whole set. It’s so good. The burgers are good. The fries are great. Add in a chicken finger basket—with buttered toast that tops In-N-Out—and you, my friend, have got yourself a meal. A meal fit for a queen.